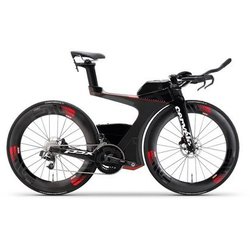 P5X Personal. Best.
The world’s fastest, most technologically advanced tri bike has been engineered as a complete system that harmoniously addresses speed, fit, and usage.
Aero excellence is integral to Cervelo’s DNA, and the P5X is no exception. On average, the P5X is 30 grams faster than the P5 at +15 to -15 yaw angles in a full Ironman setup. But perhaps the greatest achievement of

On Aug. 17, California finalized its agreements with five major automakers aimed at upholding its stringent vehicle emissions standards against an effort by the Trump administration to roll the rules back.

In doing so, the state delivered an unmistakable warning to the rest of the auto industry: California’s rules are likely to remain in place, and if you’ve got brains, you’ll join us.

The state carefully crafted its agreements with