With car sales having taken a tumble this year, savvy sommelier Bert Blaize has opened a wine shop and deli in a classic car showroom in London’s Highgate. 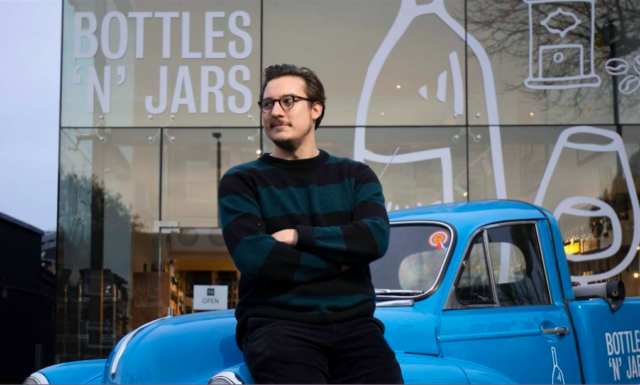 Blaize of glory: Bert Blaize has opened a wine shop and deli in a classic car showroom in north London

Called Bottles ‘N’ Jars, the shop has taken over part of the classic car dealership at Hexagon Classics on the Great North Road, where you’ll find vintage Ferraris and Aston Martins on show.

Among the wines Blaize is most excited about selling are a pair of Chablis from the former head winemaker at Domaine Laroche – Yannick Cadiou – which he says are among the best he’s ever tasted. 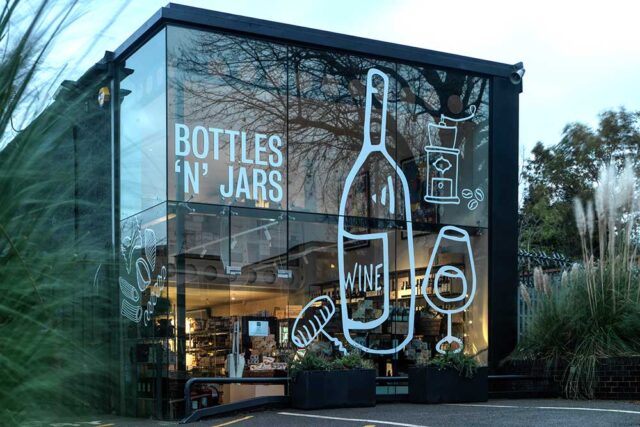 “The wines have incredible purity and concentration of flavour, and so much potential,” says Blaize, who is selling the Petit Chablis for £21.75 and the Village Chablis for £24.75, both of which are brought in by Gus Gluck of GB Wine Shippers.

He’s also fired up about Piedmont rising star Gian Luca Colombo. While he’ll have to wait a while for his Barolo (it hasn’t been bottled yet), Blaize is selling his “insanely well made” Nebbiolo d’Alba for £28 and a “smashable” blend of Pinot, Dolcetto, Nebbiolo and Barbera for £18.

For those in the mood to pop a cork, Cava fan Blaze would steer you towards the blanc de blancs from Raventós i Blanc, or its ancestral method Sumoll if you’re feeling adventurous.

Fresh bread comes by way of a local bakery, the coffee is care of Notes and the cheeses have been picked by Holly Chaves of Wine & Rind.

Blaze, who recently released the wine pairing guide Which Wine When, will be running tastings, talks and masterclasses from the shop next year, and has plans to turn the venue into an arts and music space.

“Opening a bottle shop has long been an ambition of mine, which was amplified following the success of the book. I’m looking forward to chatting people though their choices, getting to know our locals and creating a fun, interactive space for wine lovers,” Blaize told the Evening Standard.

Blaize cut his teeth at Le Manoir aux Quat’Saisons before becoming assistant head sommelier at The Clove Club in Shoreditch, then head of wine The Mandrake Hotel in Fitzrovia. He is currently head of restaurants and bars at Birch, a new Robin Gill venture in Hertfordshire.

Mon Dec 7 , 2020
The MarketWatch News Department was not involved in the creation of this content. Nov 25, 2020 (Market Insight Reports) — Selbyville, Delaware Global automotive smart antenna market is valued approximately USD 1.8 billion in 2017 and is anticipated to grow with a healthy growth rate of more than 14% over […]