© Source: lumen-digital / Shutterstock.com
An angled side view of a row of parked cars.

In any other circumstance, the case for Chinese secondhand automotive dealership Kaixin Auto (NASDAQ:KXIN) would be compelling. Primarily, China is the world’s largest auto market. Plus, with a burgeoning Chinese middle class, the increase in spending power should benefit KXIN stock. But the novel coronavirus, combined with international anger against the world’s second-biggest economy, has made this narrative tricky.

© Provided by InvestorPlace
An angled side view of a row of parked cars.


That’s not to say that KXIN stock doesn’t have upside potential in the new normal, because it clearly does. For one thing, used car volume has been accelerating significantly in China over the past several years. In 2019, trade volume of secondhand vehicles hit 14.92 million units, up nearly 8% from 2018 levels. While it’s not quite the double-digit gains we’ve seen in other years, this is still tremendous momentum.

Furthermore, Chinese consumer demand has recovered very well from the Covid-19 outbreak. While the first quarter of this year took a beating in terms of monthly automobile sales, results from April onward were very encouraging. Interestingly, in August 2020, sales of both passenger cars and commercial vehicles exceeded their respective year-ago results.

Perhaps the biggest selling point for KXIN stock at this juncture is China’s handling of the coronavirus. In Europe, many countries have suffered a resurgence of cases, with some going back to lockdowns and strict mitigation protocols.

Back home, the Centers for Disease Control and Prevention reported that on Oct. 30, new daily infections hit nearly 100,000. To put that into context, Japan had just over 100,000 cases in its entire country, as of Halloween.

Of course, you must be careful with country-to-country comparisons. However, it’s clear that we’re just not managing this crisis as well as we would like. Further, with an ugly election likely to spark social unrest no matter who wins, infections will probably surge. In contrast, China’s government policies appear to have flattened the infection curve to the point where it could avoid a second wave.

Not All Great News for KXIN Stock

On paper, China’s handling of the novel coronavirus is fortuitous for KXIN stock. To be blunt, China got the world sick, leaving behind a wake of death and destruction. But it was the first country to recover from the pandemic and appears in many respects to have gotten back on the bull while other economies are getting mauled by bears.

Whatever karma is, this is the exact opposite. But it may not be true. No matter how great the China narrative appears, we must remember that it’s a communist country. China has been a consistent violator of human rights and the country works nonstop to further its aims.

I can’t say for sure that China is being deceptive with its coronavirus situation. But I wouldn’t be surprised in the least that its miraculous recovery was a façade.

But let’s assume for a moment that China really does have Covid-19 under control. Even so, we must remember that much of China’s wealth is generated through its export machinery.

According to TradingEconomics.com, exports of goods and services represented 18.4% of China’s GDP in 2019. Although the country has come a long way in reducing its exposure to exports over the years, the current figure is still quite high. For instance, in 2018, good and services exports represented only 12.2% of U.S. GDP.

Theoretically, then, if the U.S. and China maintained their current bellicose relationship, the former would wear out the latter. As well, China doesn’t have an incentive to create friction with the international community. That’s because exports to global partners translate into good jobs, the kind that allow Chinese consumers to buy the European luxury cars for which Kaixin is famous.

Thus, you shouldn’t be in a hurry to buy KXIN stock without serious thought toward geopolitical implications.

Even Our Own Politics Are Iffy

Based on the latest polls, the common assumption is that former Vice President Joe Biden will easily win the election. Despite the shocking lessons from 2016, many are predicting that Biden carries at least a 70% chance of victory. Given this likelihood, it appears that KXIN stock would benefit from a possible re-warming of ties between the U.S. and China.

Still, I wouldn’t count out President Donald Trump. Frankly, the enthusiasm for the incumbent is off the charts. Even with the popular former President Barack Obama campaigning with Biden, the support that Trump receives is unparalleled. And it’s almost for certain that his backers will come out in full force on Election Day.

At this point, it’s really anyone’s guess the trajectory of this nation. Therefore, I would stay away from KXIN stock for now. Besides, shares are awfully volatile, which provides a disincentive for everyone but gamblers.

On the date of publication, Josh Enomoto did not have (either directly or indirectly) any positions in the securities mentioned in this article.

A former senior business analyst for Sony Electronics, Josh Enomoto has helped broker major contracts with Fortune Global 500 companies. Over the past several years, he has delivered unique, critical insights for the investment markets, as well as various other industries including legal, construction management, and healthcare.

Fri Nov 13 , 2020
Congressional District 1 – Dina Titus (I)-D Rep. Dina Titus is expected to win reelection handily, and with good reason. Not only is her main opponent the same candidate she soundly defeated in 2018, but Titus is coming off of a particularly strong term. Titus distinguished herself by standing up […] 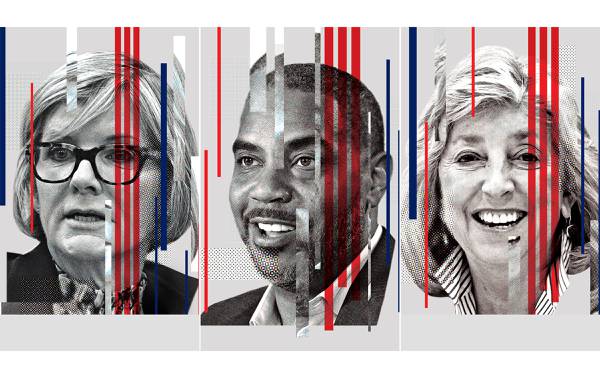