Three months on since the former founders of SoundCloud launched their e-bike subscription service, Dance today is announcing the close of a $17.7 million (€15 million) Series A funding round led by one of the larger European VCs, HV Holtzbrinck Ventures.

Founded by Eric Quidenus-Wahlforss (ex-SoundCloud), Alexander Ljung (still at SoundCloud as chairman) and Christian Springub (ex-Jimdo), Dance has ambitions to offer its all-inclusive service subscription package into expanded markets across Europe and eventually the U.S. Dance is currently operating the invite-only pilot of its e-bike subscription in Berlin, with plans for a broader launch, expanded accessibility and availability and new cities next year.

Rainer Märkle, general partner at HV Holtzbrinck Ventures, said in a statement: “The mobility market is seeing a huge shift towards bikes, strongly fueled by the paradigm shift of vehicles going electric. Unfortunately, the majority of e-bikes on the market today have some combination of poor design, high upfront costs, and cumbersome maintenance. We analyzed the overall mobility market, evaluated all means of transport, and crunched the numbers on all types of business models for a few years before we found what we were looking for. Dance is by the far the most viable future of biking, bridging the gap between e-bike ownership and more ‘joyful’ accessibility to go places.”

E-bikes tend to be notoriously expensive to purchase and a hassle to repair. That said, startups like VanMoof and Cowboy have brought an Apple -esque business model to the market, which is fast bringing the cost of full ownership down.

Most commuters are put off cycling the average 10 kilometers (6.2 miles) commute but e-bikes make this distance a breeze. Dance sits in that half-way house between owning an expensive bike and having to hunt down a rentable e-bike or electric scooter close to your location.

Additionally, the COVID-19 pandemic has brought individual, socially distanced transport into sharp relief. U.K. sales of e-bikes have boomed, seeing a 230% surge in demand over the summer. This has happened at the same time as EU governments have put in more than 2300 km of bike lanes, with the U.K. alone pledging £250 million in investment.

Quidenus-Wahlforss said the startup has been “inundated with positive responses from around the world since we announced our invite-only pilot program.”

Sun Oct 25 , 2020
SOUTH SLOPE, BROOKLYN — The Department of Transportation is taking ideas for where Citi Bike stations should go in their expansion to South Slope, Sunset Park and Windsor Terrace. An open “Suggest a Station” survey for the neighborhoods recently launched on the department’s website asks riders to submit their ideas […] 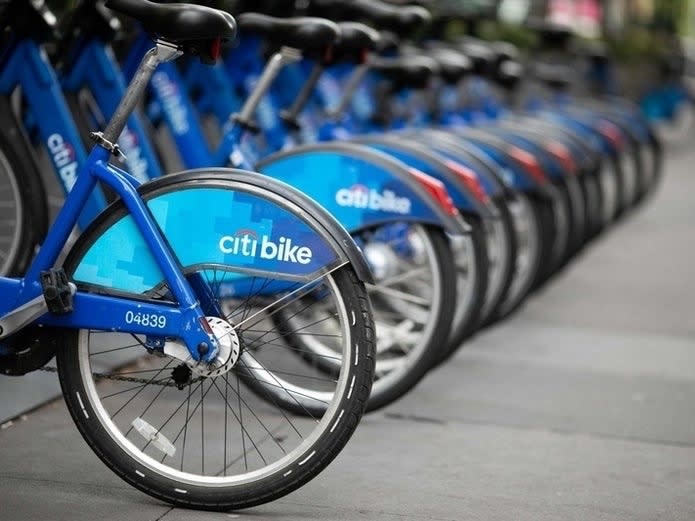