General Motors (NYSE:GM) said today that its talks with embattled electric-truck start-up Nikola (NASDAQ:NKLA) are continuing, but there’s no deal yet.

In remarks during GM’s third-quarter earnings conference call, CEO Mary Barra confirmed that “discussions with Nikola about a commercial transaction” continue, but the deal hasn’t yet closed. She declined to provide any guidance on when that might happen.

GM and Nikola said on Sept. 8 that they had agreed to a deal in which GM would develop and build Nikola’s Badger electric pickup, and sell electric-vehicle batteries and hydrogen fuel cells to the start-up, in exchange for $2 billion in newly issued Nikola stock. 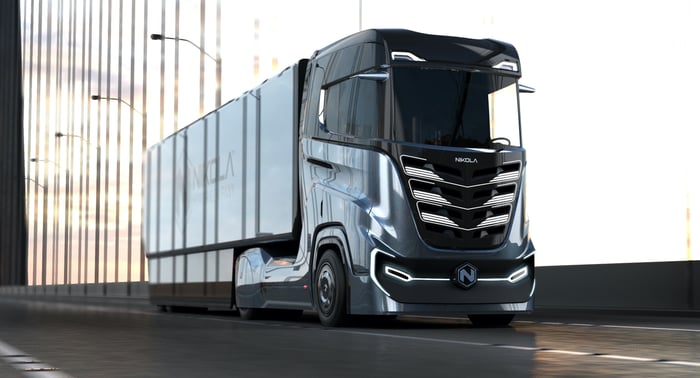 A Nikola Tre electric semi truck. GM said that talks are still ongoing with Nikola, but there’s no deal to announce yet. Image source: Nikola.

The deal stalled a few days later, when Nikola’s stock fell sharply after a short-seller accused the company of misrepresenting its technology — and after investors grew concerned that the GM deal might not happen.

GM isn’t putting all of its chips on Nikola, however. Barra said that the company is exploring other opportunities to sell its proprietary Ultium batteries and the Hydrotec hydrogen fuel cells that the company developed in a joint venture with Honda Motor (NYSE:HMC).

“We have invested heavily in developing and manufacturing fuel cells [and batteries],” Barra said, adding that GM’s effort to bring both technologies to market “reflects that commitment and our commitment to a zero-emission future.”

Sat Nov 7 , 2020
People in many cities have to wait to buy a bicycle of their choice due to a massive surge in demand. Bicycle sales in India have grown by over two-folds in the last five months as people are opting for this cheapest mode of transport to cover short to medium […]