The accord would resolve the last major piece of litigation over GM ignition switches linked to vehicle stalls and air bags that failed to deploy, as well as 124 deaths.

Final approval is still required, after owners are notified of their rights.

Since 2014, the defect has led GM to recall more than 2.6 million Buick, Cadillac, Chevrolet, GMC, Oldsmobile, Pontiac and Saturn vehicles, dating back more than a decade.

The Detroit-based automaker has also paid more than $2.6 billion in penalties and settlements.

GM would fund $70 million of the settlement, while a trust set up in connection with its 2009 bankruptcy would contribute $50 million. The automaker would pay the plaintiffs’ lawyers separately.

Thu Apr 30 , 2020
Honda Lease Offers and Specials | Hillside Honda in Jamaica NY Saved Vehicles SAVED VEHICLES You don’t have any saved vehicles! Look for this link on your favorites: Save Once you’ve saved some vehicles, you can view them here at any time. You Are Here: Home > New […] 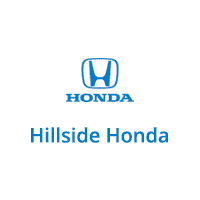