Grand Theft Auto Online players have robbed prisons, casinos, and banks, but there’s a tempting new target coming to the game on Dec. 15. Rockstar Games is adding The Cayo Perico Heist, which takes place on a heavily guarded and luxurious private island.

Cayo Perico clearly builds on the heist infrastructure set up with the Diamond Casino Heist, which allowed players to choose their approach and set up their game plan in a series of missions before the heist itself. Cayo Perico, described as “one of the most secure private islands in the entire world,” takes it a step further by allowing players to pull the heist off solo. This is a big deal, as previously players have had to fill out their group in order to tackle a heist, which can mean dealing with random players or trying to round up a set of friends.

The Cayo Perico Heist update will include other additions, like 100 new songs on the radio, new vehicles and weapons, and a heavily armed submarine HQ. This submarine may work like the Diamond Heist’s Arcade, which served as both a social space for players and a launch point for the Heist.

Finding transportation nuggets in a pile-up of election news

Sun Nov 29 , 2020
Ah, the heady questions of this election: Will there be a peaceful and smooth transfer of power? Can a polarized country rally behind a new president?How easy will it be to catch the T? Remember the olden days, when the state of the transportation system was among the most urgent […] 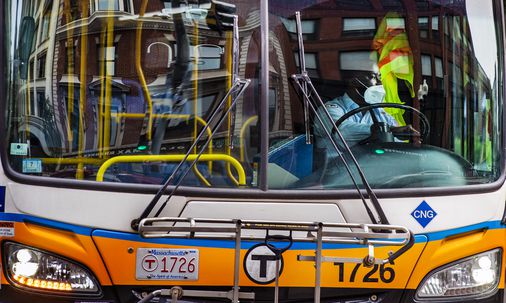