The eight-wheeled Stryker combat vehicle is the U.S. Army’s Stryker Brigade Combat Team primary combat and combat support platform and the focal point of this ongoing phase of Army Transformation. Significantly lighter and more transportable than existing tanks and armored vehicles, the Stryker fulfills an immediate requirement to provide Combatant Commanders with a strategically deployable (C-17/C-5) and operationally deployable (C-130) brigade capable of rapid movement anywhere on the globe in a combat ready configuration.

On February 27, 2002, The Army formally named its new Interim Armored Vehicle the “Stryker” in a ceremony at Fort Lauderdale, Fla. The Stryker is a highly deployable-wheeled armored vehicle that combines firepower, battlefield mobility, survivability and versatility, with reduced logistics requirements.

The vehicle was named in honor of two Medal of Honor recipients: Pfc. Stuart S. Stryker, who served in World War II, and Spc. Robert F. Stryker, who served in Vietnam. The Stryker will be a primary weapons platform for the IBCTs. It will assist the IBCT in covering the near-term capabilities gap between our Legacy Force heavy and light units. The Stryker-equipped IBCT will provide the joint and multinational force commander increased operational and tactical flexibility to execute the fast-paced, distributed, non-contiguous operations envisioned across the full spectrum of conflict.

A total of 2,112 Strykers will be fielded to the six SBCTs and training base. Eight configurations are in production now, the first systems having been delivered to the Army from General Dynamics Land Systems in February 2002. The MGS and NBCRV are in development and will be delivered beginning in 2004.

Stryker vehicles have robust armor protection, can sustain speeds of 60 miles-perhour, have parts commonality and selfrecovery abilities and also have a central tire inflation system. The Infantry Carrier Vehicle carries a nine-man infantry squad and a crew of two and has a Remote Weapon Station with an M2 .50 caliber machine gun or MK-19, 40mm grenade launcher. Additionally, and just as important, the Stryker family of vehicles stresses performance and commonality that reduces the logistics footprint and minimize sustainment costs. The same engine used in the Family of Medium Tactical Vehicles (FMTV) powers the Stryker. The Stryker can reach speeds in excess of 60 mph with a range exceeding 300 miles on 53 gallons of fuel.

The Stryker is designed to enable the SBCT to maneuver more easily in close and urban terrain, while providing protection in open terrain. Performance highlights include C-130 transportability; internetted C4ISR capability; integral all around armor protection from 14.5mm projectiles and 152mm artillery airburst protection (upgradeable to Rocket Propelled Grenade (RPG) protection with addon armor); self-deployment and self-recovery capability; reduced vehicle acoustic signature; ability to carry a nine-man infantry or engineer squad; and bunker and wall breaching capability. These performance highlights provide a force that will move rapidly as a cohesive combined arms combat team, a capability not currently in the Army inventory. These attributes make the Stryker the Army’s first true system-of-systems and enable the SBCT’s unique organic combined arms capability.

Mon Apr 6 , 2020
Transportation is the key to our region’s success Finding ways to make new, smarter investments in transportation is fundamental for creating a better quality of life for this region, attracting new jobs and helping existing companies expand. – Dave Williams, Metro Atlanta Chamber of Commerce Transportation is key to our […] 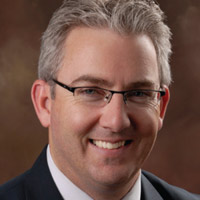