The combination of Internet of Things (IoT), high-speed 5G communication and artificial intelligence (AI) technologies has given rise to a diversity of applications for embedded systems such as automotive electronics and factory automation equipment. For example, rapid advances in autonomous driving and Internet of Vehicles (IoV) have significantly reshaped the automotive market. Advanced Driver Assistant Systems (ADAS) and digital instrument clusters include features that bring entirely new driving experiences to consumers. These are enabled by a myriad of software implementations that play an instrumental role.

LybraFlas – striking a balance between all critical requirements

Limitations in semiconductor manufacturing processes as technology nodes shrink, make capacity expansion for traditional NOR flash cost ineffective. Macronix’s innovative LybraFlash intelligently works around these limitations. Aside from enabling cost-effectiveness, I/O performance is another highlight of LybraFlash. An automotive system requires a large amount of program code to be retrieved from flash to system RAM for execution. Although the I/O performance of LybraFlash may not be on par with the industry’s fastest NOR flash, like octaflash – it comes close to that of traditional Quad Serial NOR. Furthermore, in the case of a system glitch, data need to be logged quickly, so fast write speeds are essential. LybraFlash enables very fast write, a feature that particularly catches automotive electronics manufacturers’ attention, said Kuo. Because automotive systems attach great importance to safety functions, key parameters must be quickly recorded when a system failure occurs for tracking and analytical purposes afterwards. Featuring four times faster write speeds compared to traditional NOR flash, LybraFlash satisfies customers’ needs and wins their favor. Last but not least, LybraFlash is built in with the industry’s most robust 8-bit (or 12-bit) ECC for serial flash and error status checking, as Macronix considers reliability a top priority for automotive electronics. The integration of innovative memory products in any device requires a certain level of design customization in the end device. To use LybraFlash, customers only need to make small modifications to their software code, which is much easier than incorporating most other advanced memory products.

In practice, automotive electronics manufacturers decide on the suitable serial flash to use in consideration of their target application. For example, a full display cluster requires larger flash capacities now than before. Although NOR flash, such as high-density octaflash NOR, provides compelling reliability and access speeds, LybraFlash is an ideal match to automotive market segments that highlight affordability and mid-range specifications, and thus consider cost-effectiveness a major requirement. Apart from striking a strong balance between capacity and access speed, LybraFlash also delivers far superior fast write speed over traditional NOR flash. In general, LybraFlash’s benefits can be harnessed through simple code changes; enable a good balance of capacity, cost and performance; and boost the competitive edge of automotive products.

When an automotive system boots up, a large amount of program code is retrieved from flash to system RAM for execution. This is a process where application software plays no role so the flash device must operate in a NOR access mode or something similar. Because LybraFlash is able to operate in an access mode similar to NOR, there is no need to change the automotive system’s hardware design, therefore only small modifications to system software are needed. Operating in a continuous access mode similar to NOR and built in with a bad-block link table, LybraFlash delivers a user experience comparable to NOR flash.

With respect to error-correcting capabilities critical to memory products’ life cycle, LybraFlash is designed with outstanding 8- or 12-bit ECC to significantly reduce errors. On top of that, LybraFlash provides the flexibility for users to configure the Flexible ECC Bit Flip Threshold Setting, for example, setting as 6 to 12-bits; thus, the data is only moved after correction to avoid excessive data moves and to prolong the flash’s lifespan. 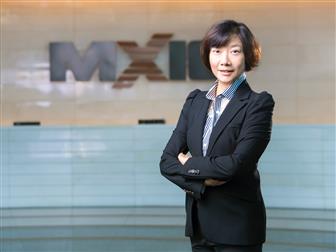 DIGITIMES’ editorial team was not involved in the creation or production of this content. Companies looking to contribute commercial news or press releases are welcome to contact us.

Sun Nov 1 , 2020
Oct. 27 (UPI) — The U.S. Army received the first Infantry Squad Vehicle made by General Motors Defense Tuesday. The vehicle, which the Army received at GM Proving Grounds in Milford, Mich., was the result of the first major contract GM Defense, a wholly-owned subsidiary of GM, has won since […]