Police are investigating after a news vehicle was carjacked with a reporter inside.

ATLANTA – Atlanta police are investigating after a news vehicle was carjacked with a reporter inside of it Tuesday morning.

A news crew with CBS 46 was covering a story near Atlantic Station when a woman crashed her personal vehicle into a security gate along 17th Street. Investigators said the woman then approached the news vehicle before hopping into the driver seat and taking off.

Investigators said a reporter, identified as Iyani Hughes, was in the back seat of the running news van, possibly editing video, when the suspect jumped in and carjacked it.

Police said the reporter started screaming, telling the female carjacker to stop, and when she kept driving Hughes buckled her seatbelt.

At that point, police, who were on the scene after responding to the initial wreck, then chased after the stolen van. The suspect ended up crashing on Peachtree Circle in Ansley Park. Police said she tried to jump out and run but officers immediately took her into custody. 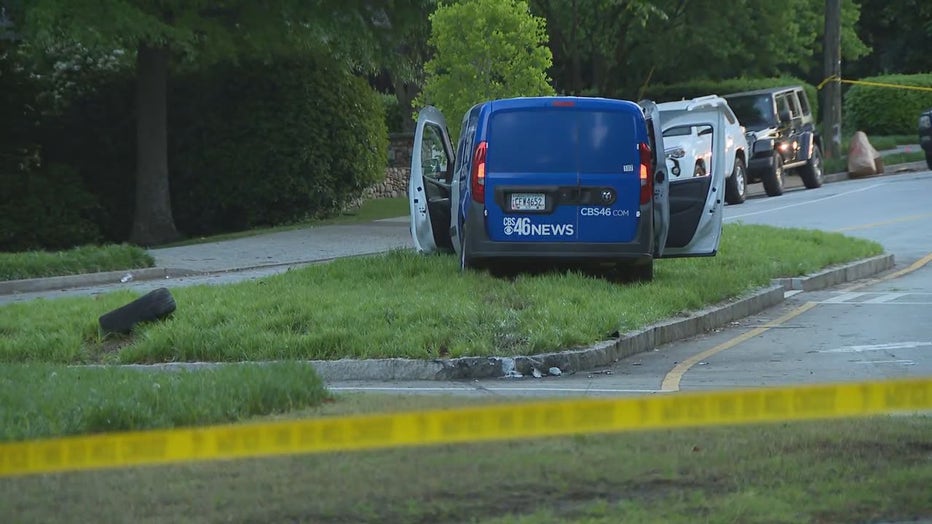 Police said the suspect is also pregnant. She suffered a broken arm.