Simon Cowell is said to have undergone surgery after breaking his back in a fall from an electric bike in California.

The music mogul’s spokeswoman said he was was in hospital and was “doing fine”.

“Simon had a fall from his bike, testing his new electric bike in the courtyard at his house in Malibu with his family. He hurt his back and was taken to hospital. He’s doing fine, he’s under observation and is in the best possible hands,” she said on Saturday.

“Simon has broken his back and is having surgery this evening,” she later added.

Cowell, 60, a judge on Britain’s Got Talent, American Idol and the X Factor, was due to return to his show America’s Got Talent in the coming week, with the first live show to air on Tuesday.

In recent months he has been pictured on several bike rides in the US with his partner, Lauren Silverman, 43, and their six-year-old son, Eric. The rides were thought to be part of an effort to embrace a healthier lifestyle.

As well as regular exercise, the entertainer previously told the Sun that he had lost four inches around his waist after sticking to a diet of white meat, vegetables and light beer following a previous fall in October 2017.

At the time, Cowell blamed low blood pressure and a “vampire” lifestyle – staying awake every day until 8am – for the fall down the stairs at his London home, which resulted in paramedics taking him to hospital.

He said the incident came as a reminder “that we’re not invincible”, adding: “After all I am a dad and have more responsibility than ever.”

A broken back usually refers to a fracture in a part of the spine, although the extent of Cowell’s injuries was not clear. It was also not known what caused his fall from the electric bike.

Last week it was revealed that Cowell would miss the semi-finals of Britain’s Got Talent for the first time owing to a clash in filming schedules with the American version of the show caused by the coronavirus pandemic.

A source told the Sun: “Simon is gutted to not be physically there for the semi-finals, but he’ll be there virtually, casting an eye over the talent and imparting his views in every show.”

Fri Aug 14 , 2020
BANNING, Calif. (AP) — A wildfire in mountains east of Los Angeles that has forced thousands of people from their homes was sparked by a malfunctioning diesel vehicle, fire officials said Monday. The vehicle spewed burning carbon from its exhaust system, igniting several fires Friday on Oak Glen Road in […] 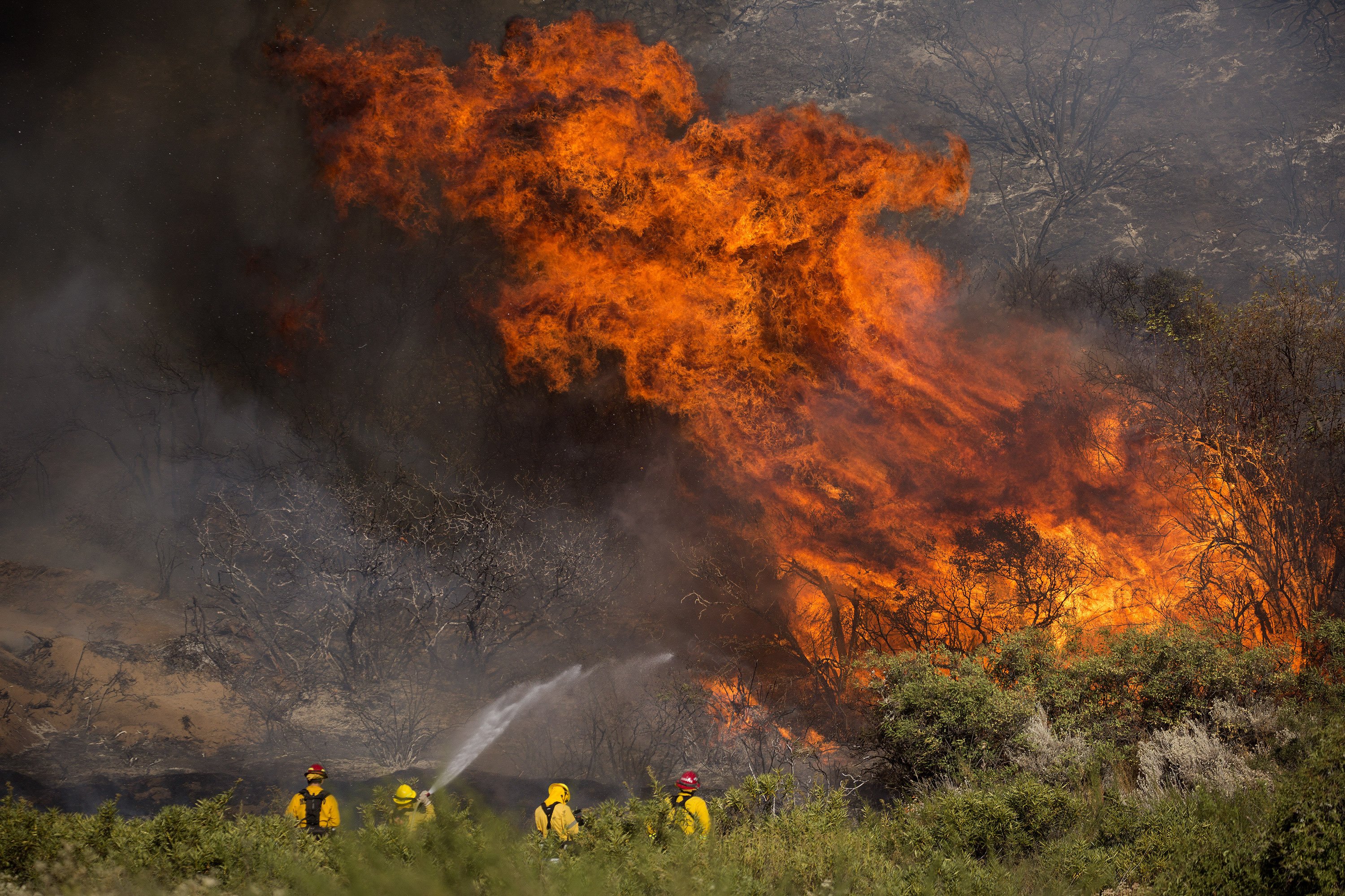