The Detroit automaker also says it will spend another $153 million to upgrade five Michigan factories for future vehicles.

The company will build the Cadillac Lyriq, a small electric SUV at the Spring Hill factory. Gasoline-powered Cadillac SUVs will continue to be built at the plant, and it will also will get additional unspecified electric vehicles, GM said in prepared statement Tuesday.

An exterior view of the new Cadillac Lyriq electric SUV. This is an extraordinarily early look at the styling and features of a vehicle that won’t be sold until late 2022. (Photo: General Motors)

The Lyriq is due in showrooms sometime late in 2022. GM also is expected to announce details of an all-electric GMC Hummer pickup truck this week. They’re among 20 electric models the company plans to sell globally by 2023.

GM already has announced that electric vehicles will be built at its plant in Orion Township, Michigan, and at the Detroit-Hamtramck plant, which straddles the border between the city of Detroit and the hamlet of Hamtramck.

Currently the 7.9-million-square-foot Spring Hill facility employs about 3,400 hourly workers who make the Cadillac XT5 and XT6 gas-powered SUVs as well as a GMC SUV. The complex, which is GM’s biggest in North America, also makes four engines that go into GM trucks and SUVs.

The paint and body shops at Spring Hill will see major expansions, and the general assembly area will get new machinery, conveyors, controls and other equipment. Renovation of the plant will begin immediately, GM said in a statement.

The investments aren’t expected to create additional jobs, but will help keep the ones at the Tennessee and Michigan factories.

Other factories getting investments include the $100 million being spent at the Delta Township plant near Lansing, Michigan, to make the GMC Acadia crossover SUV. That SUV will be transferred from Spring Hill.

GM’s Flint Assembly plant will get $32 million for future production of heavy-duty pickup trucks, while the powertrain plant in Romulus, Michigan, will get $17 million for automation and to increase the output of a 10-speed automatic transmission that goes into pickups and large SUVs.

Also, the Orion Township plant will get $3.5 million and a plant in Brownstown Township, Michigan, will get $750,000, both to help build a test vehicle for the Cruise autonomous vehicle unit.

Over the past 19 months, GM has announced investments of more than $4.5 billion at the three future electric vehicle factories.

Thu Nov 5 , 2020
By Sergio Goncalves, Miguel Pereira LISBON (Reuters) – Portugal’s bicycle makers feared for their future when the coronavirus pandemic forced them in March to shut for two months but 2020 now looks set to be a bumper year as people shun public transport and opt for healthier ways of getting […] 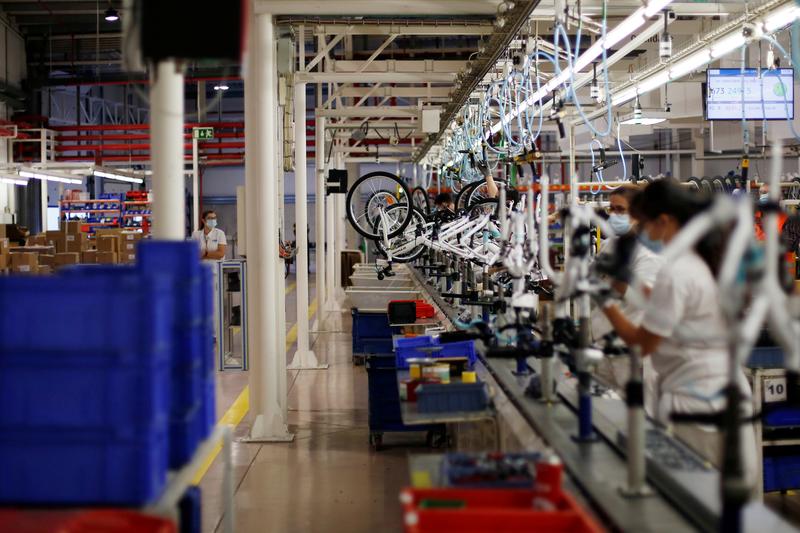