your house is just
this side of great distances

Of course this has to do with bikes and books … but first, I figure about half of you out there use Internet Explorer to view Bicycle Diaries. Microsoft‘s nefarious product doesn’t load it very well. It often center justifies the posts putting the right sidebar all the way down to the bottom of the page. Try instead Mozilla Firefox as your browser. It’s FREE, only taking a few minutes to load. It also has a great reputation in contrast to the Windows-based Explorer. 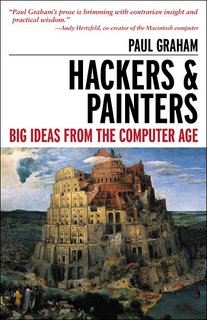 Someone who wants to run Windows on servers should first be made to show what they know about servers that Google, Yahoo and Amazon don’t know.

You’ll not only see my blog as I intend it to be viewed. You and your computer will both be very happy. Firefox is more secure against viruses and hackers as well as less buggy than Explorer.

Speaking of explorers, I’ve been wanting to post one of my favorite poems about travel.

Whoever you are: step out in the evening
from your room where all is known to you;
your house is just this side of great distances:
whoever you are.
With your eyes which, exhausted,
barely free themselves from the worn threshold,
you raise up, slowly, a black tree
and place it against the sky: slender, alone.
And you’ve made the world. And it is vast
and like a word which ripens still in silence.
And as your will begins to grasp its meaning,
your eyes release it gently. 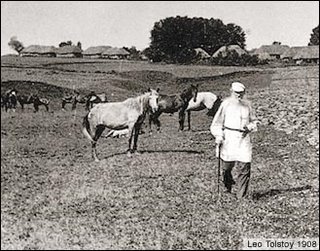 In 1900 Rainer Maria Rilke, a rather restless traveler, sought refuge with Leo Tolstoy at his ancestral estate, Yasnaya Polyana. Rilke, only 25 years old, already had an impressive array of publications to his credit. Unfortunately, this had done almost nothing to help his anxieties about writing. He shared them Tolstoy; later describing their conversation in a letter to friend,

I still lack the discipline, the being able to work, and the being compelled to work, for which I have longed for years. Do I lack the strength? Is my will sick? Is it the dream in me that hinders all action? Days go by and sometimes I hear life going. And still nothing has happened, still there is nothing real about me . . . .

To which Tolstoy gave a completely unexpected response. With neither sympathy nor pity, he simply said, Write!

Tolstoy could have easily said, bike! At the age of 67, he started teaching himself to ride. Visitors to Yasnaya often commented rather humorously on the sight of the aging anarchist rolling around his estate. Tolstoy was as brief in his response to them as he had been to Rilke. 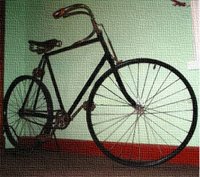 I feel that I am entitled to my share of lightheartedness and there is nothing wrong with enjoying one’s self simply, like a boy.