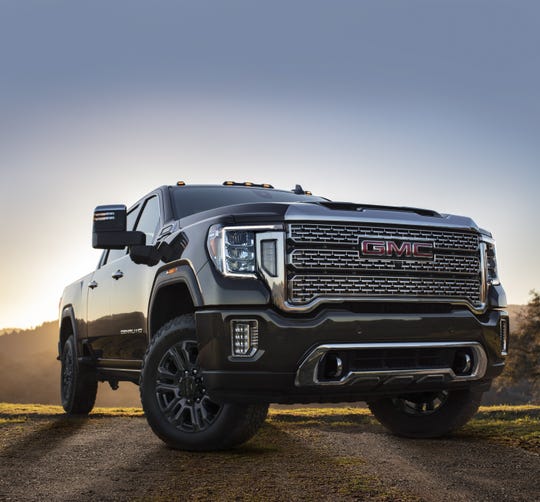 A tentative contract between Unifor, the union representing Canadian autoworkers, and General Motors would restart vehicle production at GM’s plant in Oshawa, Ontario. The deal would see workers producing pickups, such as the GMC Sierra and Chevrolet Silverado. (Photo: Courtesy/General Motors)

The stunning announcement came Thursday during a news conference to discuss the tentative agreement Unifor, Canada’s autoworkers union, had reached with GM. The news means about 2,000 workers and possibly up to 2,500 if a third shift is added would, in coming years, be working at the plant, which GM had previously decided to “unallocate.”

The deal, which marks a major win for the union and covers about 1,700 of GM’s 4,100 Unifor-represented workers, would still need to be ratified, but that is likely a formality. The contract, which would mean investments at GM’s Canadian facilities in excess of $1.4 billion (Canadian), would see workers producing Chevrolet Silverado and GMC Sierra pickups in 2022. Pickups are a particularly popular and profitable segment of the automotive industry.

However, unlike investments announced as part of recent Ford Motor Co. and Fiat Chrysler Automobiles negotiations, GM’s deal apparently does not include an electric vehicle production component.

Unifor National President Jerry Dias called the Oshawa news a reason to celebrate and announced that “we will be a complete assembly operation once again.”

During the news conference Thursday, Dias choked back emotion at times as he described the development, effectively a reversal of what had been seen as a closure announcement in November 2018. That “news was incredibly devastating for the community of Oshawa and the tens of thousands of members and workers that it impacted,” he said, noting his own personal connections because “it’s where our family lives so we lived the devastation of the announcement.”

However, Dias said a settlement with GM that led to a decision to produce aftermarket parts at the plant, employing about 300 workers there, was key to what was announced Thursday. He noted that critics had been harsh in their assessment at the time, even suggesting that the government buy the plant, but that he needed to find “real solutions.”

“We maintained the ability to build cars or build vehicles in the future,” Dias said. “We never gave up hope and frankly never did General Motors because we never slammed the door.”

GM released a short statement confirming the news, but the automaker did not provide additional details:

“Subject to ratification of our 2020 agreement with Unifor, General Motors plans to bring pickup production back to the Oshawa Assembly Plant while making additional investments at the St. Catharines Propulsion Plant and Woodstock Parts Distribution Centre.”

In addition to the developments at Oshawa, the deal calls for $109 million (Canadian) to be invested in the next three years at St. Catharines near Niagara Falls, “introducing volume to prop up the existing portfolio,” Dias said. It will mean additional transmissions to supply the Chevrolet Equinox and a new program to build transmissions for the Chevrolet Corvette as well as engines to complement the existing portfolio, he said.

The news comes after Unifor reached a three-year deal with Ford and FCA that includes wage increases, bonuses and other benefits for its factory workers in Canada. If GM’s deal follows the pattern at Ford and FCA, it would include 5% hourly wage increases, a $7,250 signing bonus, $4,000 inflation bonus, shift premiums and the restoration of the 20% wage differential for skilled trades. Unifor represents about 19,400 workers among the Detroit Three.

Unifor’s bargaining with GM was preceded by an all-out war with the automaker two years ago.

On Nov. 26, 2018, GM made an unexpected announcement that it would “unallocate” product to five plants in North America. In the U.S., those were Detroit-Hamtramck, Lordstown in Ohio, Warren and Baltimore transmission plants.

In Canada, it was GM’s Oshawa Assembly Plant in Ontario, about 30 miles east of Toronto. About 2,500 people worked there at that time. 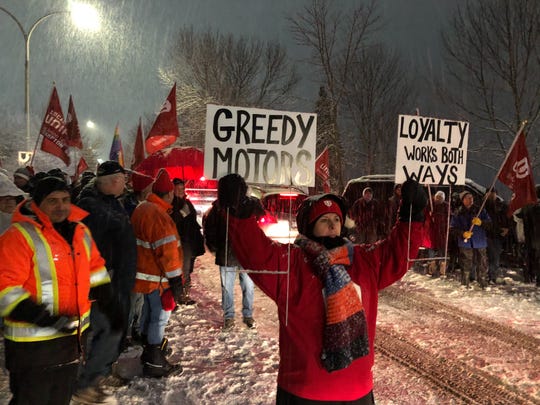 Unifor went to battle with GM on multiple fronts to save Oshawa Assembly. Dias came to GM’s headquarters at the Renaissance Center in Detroit to meet with GM leadership to try to work out a plan to save the plant.

There were protests at GM’s Canada headquarters, walkouts at plants (deemed illegal under Ontario law) and television ads during the Super Bowl and Oscars. Dias also called for a boycott of the company’s vehicles.

More: Canada union boss talks about his fight with GM in documentary that airs Saturday

Unifor had argued that the terms of its bargaining contract with GM required the carmaker to keep the plant operating until September 2020. But GM said the collective bargaining agreement gives it the option to change its production if there is a significant disruption to the car market.

GM pointed to the decline in sedan sales and Oshawa running at just 30% capacity as reason to shutter the facility.

GM built the last of these products there in 2019:

But Unifor got a minor victory of sorts for some workers in May 2019. At that time, Unifor and GM announced that the plant would remain in limited operation producing parts.

Today, the plant makes doors, hoods, fenders, tailgates and deck lids, and more recently medical face masks for Health Canada to help in the coronavirus pandemic. It employs about 300 people, according to GM’s website, a fraction of workers there when it was making cars.

Laurie Nickel, center left, and her daughter Stephanie hold a sign during a UNIFOR union meeting between the workers of Oshawa’s General Motors plant with Jerry Dias, president of UNIFOR, at the plant in Oshawa, Ontario, Monday, Nov. 26, 2018.  (Photo: Eduardo Lima, AP)

GM is building the GM Canada McLaughlin Advanced Technology Track in Oshawa. It will be completed later this year. A grand opening is planned for next spring. The track, which was announced in May 2019 at the time of GM’s Oshawa Transformation Agreement, is on 55 acres on the south end of the Oshawa plant. GM invested $129 million in its Canadian operations.

Canada is GM’s largest market outside of the U.S. GM employs a total of 5,300 people there and GM’s Canadian Technical Centre is one of the largest automotive software development centers in Canada. It has multiple campuses, including one at Oshawa, and employs a total of 900 workers, GM said.

Tue Nov 10 , 2020
Metro has spent nearly $20,000 per bike parking space at three bike facilities, the Office of the Inspector General (OIG) has found. © Provided by NBC Washington D.C. A biker in D.C. pictured side by side with the College Park Station Bike & Ride. Metro has spent over $5.9 million […]

Are We Seeing A Slowdown In Health And Fitness Products?