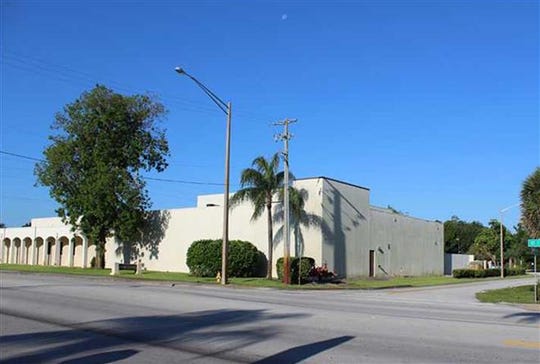 The former Press Journal building, 1801 U.S. 1, could be the site of an auto museum. (Photo: File photo)

VERO BEACH—  The City Council Tuesday cleared the way  for a proposed car museum on U.S. 1.

Businessman Wayne Gould wants to purchase the former Vero Beach Press Journal building, 1801 U.S. 1, and use it for a classic-car museum similar to the one he operates in Tucson, Arizona.

The council approved rezoning to allow museums in the commercial district.

The Press Journal building has been vacant since 2015, when Bill Summers bought the 3.75-acre property for $1.4 million. It is zoned commercial but museums were not permitted in C-1 zoning.

“This is a property the community has had undeveloped for many years,” City Manager Monte Falls said. “We’ve had a lot of interest in that area; we just recently approved an emergency veterinary clinic that will be built just to the north of there, so we’re getting significant investment back into this neighborhood.”

While the rezoning will permit a museum to operate at this location, Gould still will have to submit plans to the Planning and Zoning Commission. But in August, Gould told the commission the museum would feature classic automobiles and also include a commercial component, , temporary exhibits and auto memorabilia.

“Largely, it’s a private collection that people can tour,” Gould said. “We’re hoping to have a commercial aspect of it but it’s going to be a museum first.”

Councilman Robert Brackett said redevelopment in that area of U.S. 1 will change the neighborhood for the better.

“It’s going to be a big investment for us,” Brackett said.

After the last meeting, Councilman Joe Graves said, he went to the museum’s website and looked at all the cars on display in Tucson.

“I’m pretty excited about this museum coming here,” said Graves. “These are high-quality cars.  Being a car guy, I think it’s a great thing that he is coming here.”

More:  Meet the candidates running in the Nov. 3 election

“I couldn’t agree (with Graves) more,” Moss said. “I think we have a lot of car guys here, and this is a really good thing.”

It’s not the first time a car museum has been discussed for Vero Beach. In 2015, businessman George Shinn wanted to open a car museum at the city’s old diesel plant and showcase his private collection of classic cars to raise money for charity.

Eventually, the city sold the old diesel plant to developer Michael Rechter, who refurbished the building into the popular American Icon Brewery.

The Tucson Car Museum, which includes 50-60 classic cars ranging from a 1913 Ford Model T Roadster to classic Corvettes, Mustangs and Cadillacs, operates from November through May on Saturday’s only. According to its website, it is scheduled to reopen for the season Nov. 7.

Janet Begley is a local freelance writer. If you like articles like this and other TCPalm coverage of Treasure Coast news, please support our journalism and subscribe now.

Tue Nov 24 , 2020
SEATTLE, Nov. 19, 2020 /PRNewswire/ — Airbiquity ®, a global leader in connected vehicle services, today announced it has joined AUTOSAR, a worldwide development partnership of car manufacturers, suppliers, and other companies, as a development partner. With more than 280 partners around the world, AUTOSAR aims to standardize the software […]